Some ants protect their nests with their heads 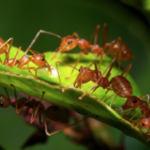 Aside from being able to carry objects 50 times their own body weight, ants display another behavior that is quite spectacular. head to protect its colony from unwanted guests.

Ants use to live alongside the dinosaurs over 130 million years ago. Fossilized evidence of ants and other insects have been found in lumps of amber, or plant resin. 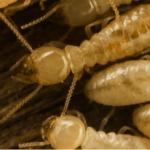 Termites, though they can be disastrous to your home, are actually a benefit to the environment. Termites are vital to earth’s decomposition of tough plant fibers. But that’s not what’s so cool about these pests.

Much of a termite’s life is spent cleaning other termites in the colony!

Bacteria and fungal infections can make quick work of termite colonies, which is why they spend such a great deal of time grooming each other to keep the colony clean. A termite’s antennae enable the termite to detect infections while they clean. 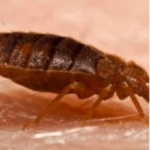 Bed bugs hide before you know they’ve bitten you

Over the past few years bed bugs have grown as a menace throughout Southern California and the entire country.

Bed bugs inject anti-coagulants and anesthetics into your skin so they can feed and hide before you even know they are around. The bed bug’s saliva acts as an anesthetic thus masking the bite and increasing the speed of the feeding process. 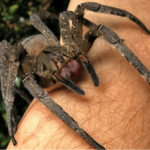 While it’s true that almost every spider in the world is venomous, most spiders teeth are either too small or lack the potency of venom to harm people. But it’s not just the fangs and the venom that scare people. Spiders have a strange way of moving, which, as it turns out isn’t that different, mechanically speaking, than the more familiar movement of a common construction site excavator.

Spiders can control blood pressure in their limbs using a combination of hemolymph (arthropod blood) and extensor muscles located in the three hip joints, which allows them to move, and even jump in the case of jumping spiders.

Bees will create a new queen from existing larvae

Often, the only silver lining to a bee sting is the assumed knowledge that after a single sting, the bee dies.  The truth, however, is that honeybees don’t always die after stinging something. A bee stinger may become caught in a human’s skin but many other surfaces anima skins are more forgiving and will endure multiple stings without harm to the bee itself.

But despite all this seemingly violent behavior, bees are extraordinarily community driven. As a queen bee dies, she emits a pheromone that will cause worker bees to immediately create a new queen from existing larvae.

Fleas and brushes have something in common 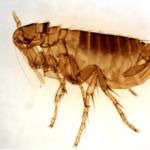 Your dog or cat may disagree, but the flea is quite a magnificent creature. Not only can a flea jump 8-10 inches vertically (making it one of the best jumpers of any animal, relative to body size), and not only can the flea’s hard body withstand incredible pressure, but the common flea is in some ways similar to the common hair.

The flea’s body is covered with hard plates called Sclerites. In the same why that a hair brush is designed to easily part the hair on your head, the flea’s hard body plates (called Sclerites) have hairs that point away from its head allowing it to easily crawl through your dog or cat’s fur.

Cockroaches just want to be loved…sort of 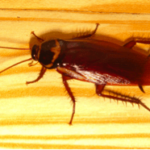 You may know that cockroaches can live for weeks without their heads, but did you know that they like to be touched? Cockroaches are thigmotropic, which means they like solid objects coming in contact with their bodies.

Despite how interesting these pests may be, they can be damaging to our home and health. That’s where Lloyd Pest Control comes in. Our elimination service covers Southern California with more than 200 radio-dispatched trucks, 200 licensed technicians, supervisors, a Quality Control staff, an entomologist, and a biologist. For more information about each of these pests and their eradication, contact Lloyd Pest Control today at 1.800.223.2847.