Drywood Termites: Lurking in the Lumber 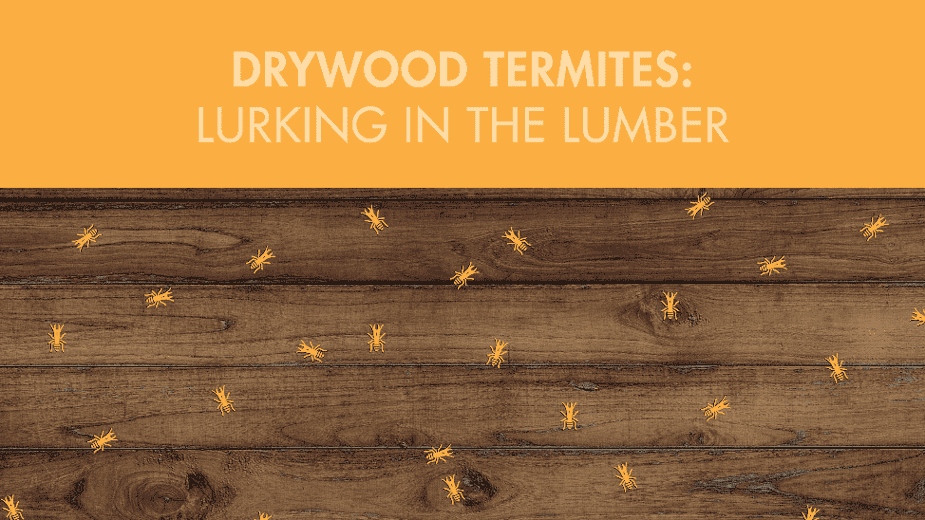 Termites eat wood – and, as a result, may eat up your cash too. This intrusive pest causes billions of dollars of damage to homes and businesses each year. In Southern California, termites prosper in our temperate environment. It also helps that we have many large cities full of wood and cellulose on which they feast. We’re especially vulnerable to drywood termites, one of the most destructive and hard-to-detect species in the area.

At Lloyd Pest Control, we know this wood-loving pest inside and out, and want to protect you from the structural damage it can cause.

Termites are called “silent destroyers” for good reason. Their tendency to sneak onto your property undetected makes them difficult to eradicate. They feed on cellulose-based plant material – one of the most abundant substances in the world, commonly found in our homes and businesses. Cellulose is found in wood, carpet, insulation, and a myriad of other building and decorating materials. It’s hard to imagine an insect eating wood, but termites use a special bacteria to turn cellulose into digestible sugars.

While we often demonize termites, they aren’t always bad. In California, termites thrive in the wild, benefitting the ecosystem by eating decayed wood and providing nutrients to the soil. Because they don’t have eyes, they typically seek out food sources by crawling around until they strike gold, or rather, wood. Luckily for them, cellulose is widespread enough that they don’t usually have to wander for long.

When they find their cellulose-gold on our properties, that’s when they become a problem. California is one of the most common places for termite infestations in the United States. After all, we have both a large land mass and large population, which means we’re basically a goldmine for hungry termites. In fact, at one point, it was estimated that between 60 and 80 percent of homes in the state had termites. In the southern part of the state specifically, they enjoy our ideal climate as much as we do. 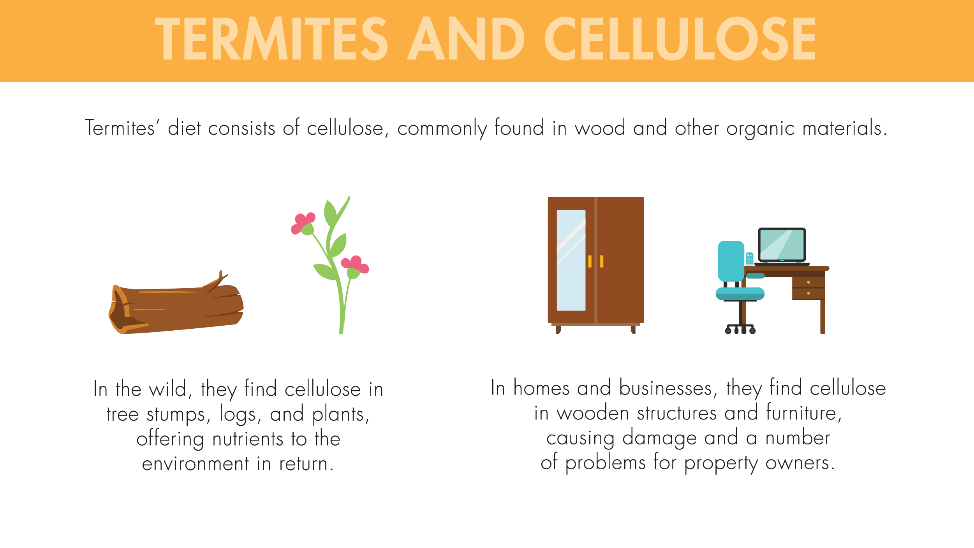 Drywood Termites vs. Other Termite Species

To understand what drywood termites are all about, it’s important to know how they differ from other Southern California termite species. The three prevalent types in the region are subterranean, dampwood, and drywood termites – and their names are quite fitting. Here’s a short description of each:

Unlike the other two species, drywood termites don’t need moist soil or wood. That’s because they have lower requirements for water and mainly get it from humid California air. They’ll seek out any place that’s wooden or cellulose-based to colonize. Drywood colonies typically number around 1,000, whereas subterranean colonies may reach six digits. But their smaller colonies make them more mobile and harder to detect.

The Most Destructive of the Silent Destroyers

As the fall approaches, most pest activity dies down. But drywood termites become a bigger problem during this season, as they swarm from September to October in California. Swarming occurs when a colony is mature, and reproductive termites leave to mate and create new colonies. Drywood termite infestations then pop up – and with costly consequences.

Drywood termites have high potential for destruction, as they’re in danger of settling anywhere cellulose is present. They typically gather in walls or furniture and may be scattered across multiple floors. Because of their silent efforts, months or even years may go by before you notice signs of their presence. By then, the damage will have been done.

Finding Them in the Woodwork

You can’t really take any preventative measures to keep drywood termites away. After all, they’re after what your property is made out of. But there are steps you can take to identify infestations and get the help needed to eliminate them. The following are the two main warning signs that they’re around:

Apart from the two main signs, you should also look out for actual evidence of their damage. This includes damaged wood, and holes that show proof of drywood termites. Also, check for hollow walls, as well as doors and windows that are hard to open or close (burrowing by termites tends to warp wood). 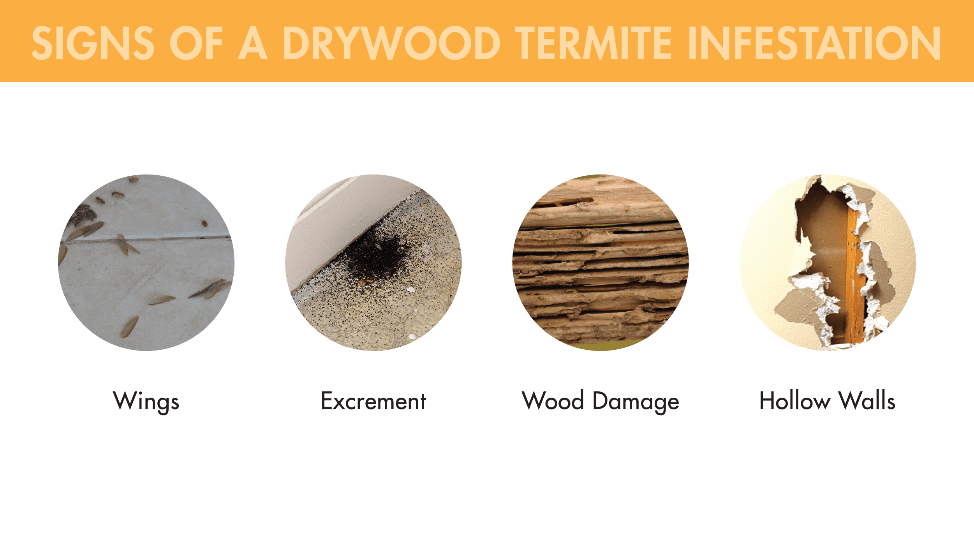 Stopping Them Before It’s Too Late

You probably don’t expect to have termites on your property. But it’s a reality that happens often, and if it happens to you, your best bet is getting expert help before too much damage is done. Considering how late they are usually detected, extensive professional treatment is usually necessary to stop drywood termites.

The following are the two most effective services:

Fumigation and heat are the only methods that guarantee complete elimination of an established colony from an entire structure. While alternative treatments do exist, they’re only for local or spot control, which may not be enough to eliminate extensive drywood termite infestations.

Lloyd Pest Control Takes on All Kinds of Termites

While drywood termites are sneaky and destructive, you can limit the damage by identifying an infestation early and calling on the right exterminators to stop them. We treat drywood termites and other prevalent termites at Lloyd Pest Control. We can perform either fumigation or our patented heat treatment to combat this wood-munching pest. Additionally, we now offer Targeted Termite Treatments (T3), which afford homeowners greater convenience and the same great guarantees.

For help getting rid of problematic termites on your property, or for more information, contact Lloyd Pest Control today.